From Neck Fracture to 2020 Crossfit Games: A Rehab Case Study 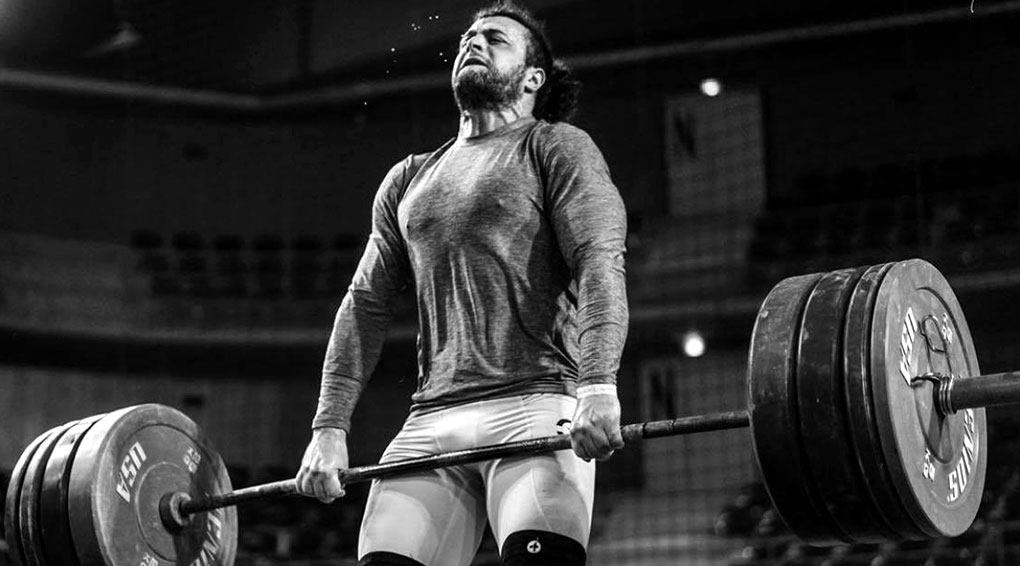 Over the course of the past three years, Alex Toumi Bradley has trod the path from cervical spine fracture to 2020 CrossFit Games athlete.  In January 2017, he fell from the rings and fractured his C4 and C5 vertebrae with compression of the C5 nerve root.  He almost lost his life.  Today, he has just earned his spot as an individual competitor at the 2020 Reebok CrossFit Games.

I met Alex in October of 2018 at Gym le Vestiaire.  A France native, he was on vacation in Montreal, but unfortunately, I caught him on the tail end of his stay.  We took the time to chat about his injury and outstanding issues and decided we could work together online upon his return home.

During our first Skype call, we took the time to go over his journey in detail.  I was immediately impressed with his progress.  Lest we forget, a cervical spine fracture is a very traumatic event, both physically and psychologically.  At the time, he had already put in over a year and a half of consistent physical therapy and strength training and had resumed Olympic lifting and gymnastics.  Already, his athletic mindset and commitment had served him well, and I knew it would serve going forward as well. 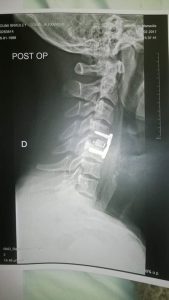 “I played American Football for 8 years at a high level, including 2 years for the National team.  During my football years, I discovered CrossFit which I started to practice complementarily.  In 2016, I stopped playing football to invest 100% of my time in CrossFit with the objective of performing at the highest possible level. I was able to qualify for several competitions such as the French Throwdown, the Alpha Games and the Irish Throwdown.

In January 2017, I had an accident: I fell from a ring muscle up (gymnastics movement on the rings) and fractured C4 and C5. I was immobilized for one month, unable to drive or make any movements with my shoulders. My coach knew how to adapt my training (Prowler, Sled, D-ball etc.) while waiting for the surgery in mid-February (5 hours of surgery). I now have a plate that holds my cervical vertebrae that I will keep for life.  After the surgery, I tried to resume my training normally by incorporating a lot of weight training and strict movements. I was able to qualify for my first post-surgery competition in September 2017. Following this competition, my performances evolved positively until the summer of 2018.

From there, I realized several small concerns at the level of the injured shoulder during the accident: muscle atrophy, decreased neuromuscular connection, etc.  By discovering Rehab-U on Xpertise 360, I was able to test some exercises from a few videos that I found promising. During a trip to Montreal, I seized the opportunity to meet Mai to discuss my accident and the problems encountered with my shoulder.  Since then, thanks to Mai’s advice, I have been able to regain some stability and above all, strength: I managed to snatch 128kgs shortly after starting the protocol. I always carry out the same routine, to continue to keep my gains and especially, to progress at a higher level. Subsequently, I contacted Mai again for a problem at the hip (still linked to the shoulder) but also for completely deactivated glutes. I did not hesitate to lower my loads (and therefore slow down the evolution of my performances) to resume the movements correctly from the start.

Fully satisfied with the results obtained with Mai and her protocols, she came for a seminar in my box, CrossFit Serval, in November.  Today, I have succeeded in reaching the highest level in CrossFit by qualifying for the 2020 CrossFit Games which will take place this summer in Madison.  In short, long hours of work, a lot of re-education as well as a lot of re-learning of movement :)”

Alex’s main complaint, and his reason for reaching out to me, was a lack of stability in his right shoulder.  His main subjective complaint was a feeling of weakness and an inability to “set” the shoulder.  His video assessment confirmed significant hypermobility of the right shoulder with scapular dyskinesis when compared to the left.  Here is a video of his Shoulder Flexion Test so you can appreciate the side-to-side difference.  To know more about how to use the Shoulder Flexion Test, check out my blog article: A Must for Shoulder Assessment.   I do apologize for the crappy video, but I cropped it too much when I posted it and that’s what I’m left with…

Where does the road start from cervical spine fracture to qualifying for the 2020 CrossFit Games?  Considering that Alex was already performing at a high level, one of the challenges of initiating a rehab process was finding strategies to minimize compensation while still maximizing performance.  Truth be told, although he evidently had some instability, he was still capable of handling high loads.  He wasn’t experiencing pain, although he had occasional pain or irritation from certain movements, particularly muscle-ups.  Despite the instability he had in his right shoulder, he had progressed tremendously and performed outstandingly.  However, he had reached a point where this instability was limiting his strength potential.  And no matter how elite, you can’t lean on performance for rehab, you have to regress to some form of the basics.  Despite his capacity to perform, I needed to reprogram and restore the most basic function of his shoulder and re-build load from there.

“Rehab is Training” is my philosophy.   It means that rehab and training are not two different entities but are a continuum.  The idea behind “Rehab is Training” is to consistently program within a range of effective dose-response that allows for maximal stress to avoid under loading healthy tissues while still protecting injured tissues, or in this case, minimizing compensation.  I could talk about this for many, many more pages.  I might make it my first book ?

If I wanted the stability work for the right shoulder to stick, I needed to build it up from lower loads.  Yet, I still wanted to allow for higher loads so that I didn’t impact performance too much.  This is rehab programming – this is much different than throwing in a random rehab exercise protocol as a warm-up.  While some exercises may find their way into the rehab process for many different individuals, the way you build your plan, the exercises you choose, the way you program them, these should all be individualized and graded based on the capacities and context of the individual.

The objective of the first phase of Alex’s planning was to re-establish neuromuscular control and restore optimal scapular function.

In the Mobilization sequence, we employed the D2 flexion and extension PNF patterns for the shoulder using elastic band resistance.  Among others, Talbott & Kotowski published an interesting article on activity of the trapezius and serratus muscle activity using diagonal patterns: Electromyographic activity of scapular muscles during diagonal patterns using elastic resistance and free weights.  It has been shown to increase middle and lower trapezius activity and activity of the rotator cuff[1][2].  It is also an efficient exercise for joint repositioning and dynamic stability[3].

In the Activation sequence, there were two main focuses:

Both the Mobilization and Activation sequences were performed daily as part of Alex’s warm-up, with his session-specific prep tied to the end of them.  Because the exercises are low-intensity, frequency of repetition is key at this stage.

The Integration portion is represented in the table below.  These are the workload and exercise modifications we implemented in Alex’s training.  The general idea was to limit the amount of heavy overhead and heavy traction work initially, only for as long as we needed to so we could avoid performance deficits.  It should be noted that we left it to Alex and his coach from Warrior Programming to monitor the load intensity for the duration of the rehab process.  He was allowed to continue with loads he felt comfortable and stable with. 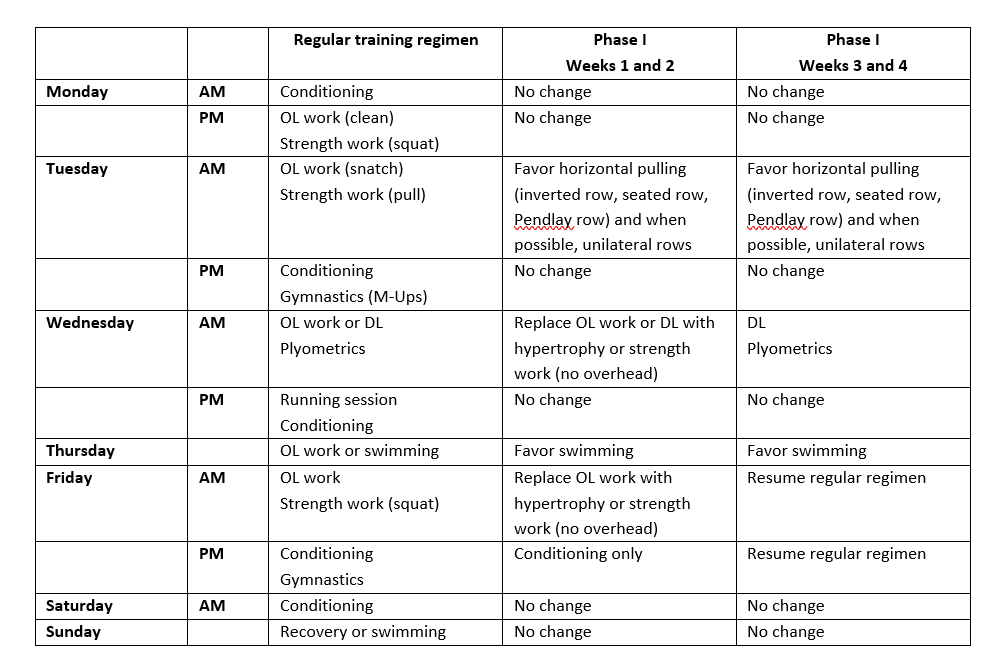 Alex’s feedback following Phase I was that he felt much more connected at the shoulder and felt a quite noticeable difference in stability.  This meant we had successfully achieved the objectives of Phase 1.  The objective of Phase 2 was to develop strength in key positions.  Among other things, Alex mentioned he lacked strength-endurance in the overhead position such as in walking lunges, carries and overhead squats, despite his ability to snatch and jerk high loads.  Our timing was perfect ?.

We progressed the focus of the Mobilization and Activation phases to active range of motion, loaded mobility exercises, and various positions and holds to strengthen the shoulder girdle.  We maintained reactive drills in the overhead position and included perturbation under heavy load with overhead barbell carries using the hanging band technique.

The following table represents the Integration block for Phase 2 and 3:

Over the course of Phase 3, Alex competed in a weightlifting meet with a successful 125kg snatch.  He later established a personal best at 128kgs.

We did find however, that the right shoulder still recovered in a position of greater range when compared to the left.  This resulted in his right foot landing behind him (and turning out excessively in some instances) on the catch:

It also resulted in his feeling of shifting more weight onto the left side.  While we continued to work on positional strength and overhead stability for the shoulder in Phase 3,  we addressed this shift in an initial block by having him prime his front squats with a set of single-loaded front-racked squats with a load on the right side to have him shift slightly to the right:

Exercise A1: Single-loaded front-racked squat 3 reps with moderate weight, enough to feel a shift to the right

Exercise A2: 2-pause eccentric front squat 5 reps (1 pause at mid-range, 1 pause at bottom) with a weight that allowed him to feel and control any shift towards the left

In a second block of Phase 3, we used the jerk recovery to further integrate positional strength and stability.

TOWARDS THE 2020 CROSSFIT GAMES

As you might guess, Alex is still hard at work, having recently qualified for the 2020 CrossFit Games.  We are still working to continue to fine tune even the smallest remaining compensations from his injury.  As he moves forward to prepare for the Games, I am grateful and honored that he has placed his trust in me to continue to progress and adjust his rehab and movement optimization plan based on his training cycles so that he can be in an optimal state for every single training session from here to the 2020 CrossFit Games!

Alex is the truest example of resilience and hard work!  Don’t miss watching him compete this summer in Madison!  Thanks for the trust, Alex!

Enjoyed this article?  Click the link on the top right-hand corner of the video to share it, we sure do appreciate it! 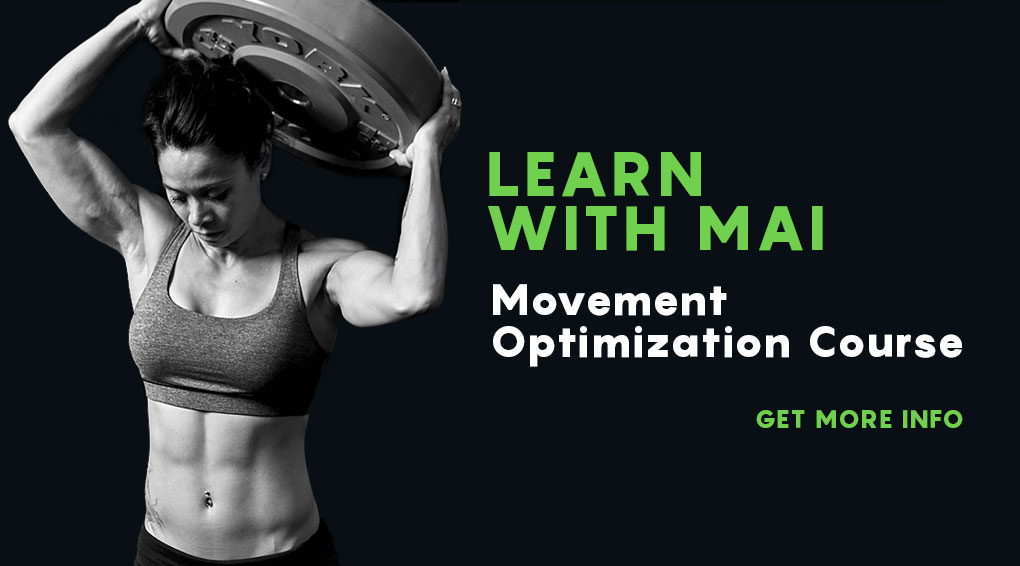