Goodmorning the squat is a common technical issue you have probably come across many times, that common bro-science will attribute to weak quads.  It is characterized by the hips rising faster than the torso during the back squat, placing the torso and barbell more horizontal much like in the actual Goodmorning exercise.  The most common explanation we hear for Goodmorning the squat is that weak quads cause the lifter to shift the loading demand to the stronger posterior chain.  In my opinion, it is just not quite as simple as that.  Considering that the hips typically start to shoot back as lifters are rising out of the hole,

the quads quite clearly have managed to forcefully extend the knee from the bottom position.

So, blaming weak quads for Goodmorning the squat is probably a little simplistic.  As well, trying to correct this by shifting the load to the quads using variations like front squats, Goblet squats or Zercher squats is inefficient.  These are squat variations that require a more vertical torso angle and do not require the same hip drive as a back squat.

While the Goodmorning is a great assistance exercise, the hybrid between it and a squat is not optimal for strength and is likely putting the lower back at risk for injury.  During a squat, the hips should rise up at the same time as the shoulders.  It should be noted that the key word here is “up”, not back.

In my experience, the athletes I have worked with who Goodmorning the squat presented with issues involving torso position, movement sequencing at the hips and knees, and foot mechanics.  These issues take a lot more time and commitment to fix than simply using quad-dominant squat variations, which are inefficient because it is just not the same squat mechanics.

Strength for the squat is generated by the muscles that extend the hips and knees, with the spine acting as a rigid cylinder to transfer this force to the barbell.  “Hip drive” is the term used to describe the power required to get out of the bottom of the back squat.  The glutes, adductors and hamstrings are the muscles responsible for opening up the hip angle, but the hamstrings are the most important to provide powerful hip extension.

Perhaps the biggest mistake I see with torso positioning is the mistaken perception that the torso should be vertical.  For some reason, people have forgotten that the torso angle for a back squat can be forward as much as 45 degrees.  Of course, part of this will depend on your proportions, but you will generally you get better hip drive with a more closed hip angle, that is, more forward lean.  The greater back angle allows the hamstrings to contribute more to hip extension.

Trying to maintain the torso vertical, intentionally or not, causes the knees to shift forward which has a detrimental effect on hip drive out of the bottom.   Naturally, if you’re now in the hole with a heavy weight, pushing the hips back as you come up, is a way to load up hamstrings – hence Goodmorning the squat.

Another problem that is intrinsically linked with this perceived need for the torso to be vertical is a hyperextended position.  You might see this more with females who have more mobility.  The quest for an upright torso results in hyperextending the lumbar spine, which usually flares the elbows up and disengages the torso.  As they try to drive this “chest up” position, the torso will ultimately start to fail and they will also push the hips back as a means to load them.

Basically, if you’re setting up for a back squat and trying to execute it like a front squat, you will hot a wall.  This photo from Mark Rippletoe’s book Starting Strength Basic Barbell Training (3rd edition) illustrates quite clearly how driving the chest up instead of the hips cause the knees to move forward:

Working on this aspect

When you want to reinforce positioning, one of the best ways is to spend more time in the position, which means isometrics can work quite well here.  Once you have addressed the misconception that the torso needs to be upright, spend some time in the bottom position, with a forward torso lean.  Introducing pauses at the bottom of the squat or just holding the bottom position can be a great way to create awareness of what the position feels like and how it feels to tension the hamstrings and quads in this position.

Goodmorning the squat can also be the result of an over exaggeration of the hips or the knees breaking first during the initial descent.  I typically coach to break at the hips and the knees simultaneously, or at the very least if the knees move first, it is a subtle unlocking to get them into position in line with the feet.  Of course, there will always be exceptions and variation between individuals but generally speaking, in a squat we are looking for the joints to unlock at the same time.

Breaking at the hips first, without unlocking or breaking at the knees at all will usually lead to letting the knees slide forward as the bottom approaches.  Otherwise, you would not be able to achieve depth.  However, letting the knees slide forward at or near the bottom often causes lifters to lose tension and/or shift forward to the toes.  I have already explained how the forward shift impacts hip drive.  The loss of tension also eliminates the potential to store elastic energy, and re-tightening everything from this disadvantaged bottom position is pretty tough.  If you do manage to do it, chances are you will need to push yourself out of that position to somewhere where you hips (and hammies) can get involved again.  This position is usually the Goodmorning the squat.

And if the knees break first, not just an unlocking, but am excessive sagittal plane sliding motion, you will end up with the same kind of result.  As well, if the knees pitch forward on a quick descent, chances are the quads will fire first on the ascent, pushing your hips up and back.

Working on this aspect

There is nothing like slow eccentrics to get better at movement sequencing.  And I don’t mean 4 or 5-second eccentrics, I’m talking like 7-10 seconds.  If you have ever tried to get someone to slow their squat descent to this speed, you probably have noticed that suddenly a lot of people don’t know where their torso, hips and knees should be.  Eccentric movements are more difficult to control and greater voluntary effort is required to perform a motor task that is more difficult to control.  Eccentric exercise may improve neuromuscular control by targeting specific motor pathways in the brain.  Here is one of many interesting articles on the topic: Greater Movement-Related Cortical Potential During Human Eccentric Versus Concentric Muscle Contractions.

Another issue that I tend to see a lot that contributes to Goodmorning the squat is a lack of awareness of what is going on with the feet.  There is always an interaction between your feet and the ground, and this interaction of the feet against the ground is crucially important for the squat.  If you shift to the heels or to the toes during your squat, you will tend to lose tension either in your hamstrings or your quads.  A proper squat requires you to maintain tension through the quads, hamstrings and calves and this starts and ends with the feet. 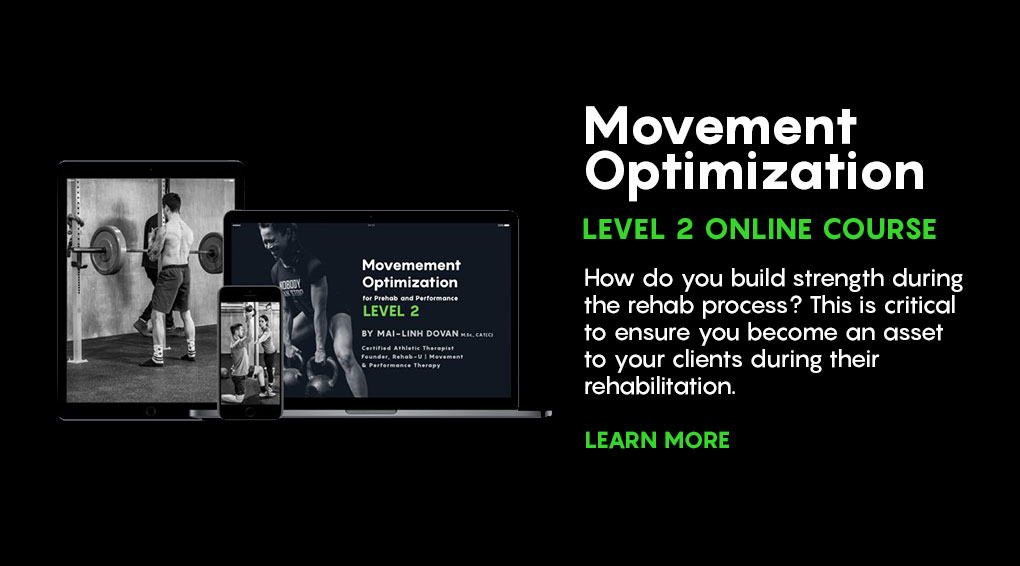 When you unlock the knees, you should simultaneously be creating a torque with the feet that will help naturally align the knees and send a wave of rotation all the way to your hips.  It also creates space for the hips to come down without the knees sliding forward.  To start working on involving the feet, head to this article.

Ironically, an exercise I have found to work well to create the awareness of the torque at the feet and how it contributes to the position of the hips at the bottom of the squat is the Goodmorning to squat.  Essentially, we are taking the erroneous pattern and reversing it.  Have the lifter come down in a Goodmorning pattern and then slide the hips underneath the barbell focusing on creating torque at the feet.

Watch the main video of the article to see how to perform this exercise!

There are multiple reasons why Goodmorning the squat can be happening that have little to do with what common bro-science tells us about weak quads.  Identifying what the contributing factors are is important in selecting the right interventions to correct this faulty pattern.

Trying to correct Goodmorning the squat by using variations quad-dominant variations, like front squats for example, is not efficient, as these are two different squat patterns.  And as a matter of fact, many people are probably getting into this awkward position because they are confusing front and back squat mechanics.  Having them front squat is hardly a good idea to get them out of this confusion.

Foot mechanics and hip-knee sequencing are much more important aspects that in the end, serve to maintain the vertical bar path that is ultimately the most important factor for an efficient squat.