How to Manage Achilles Tendinopathy – The Loading Strategy is Key 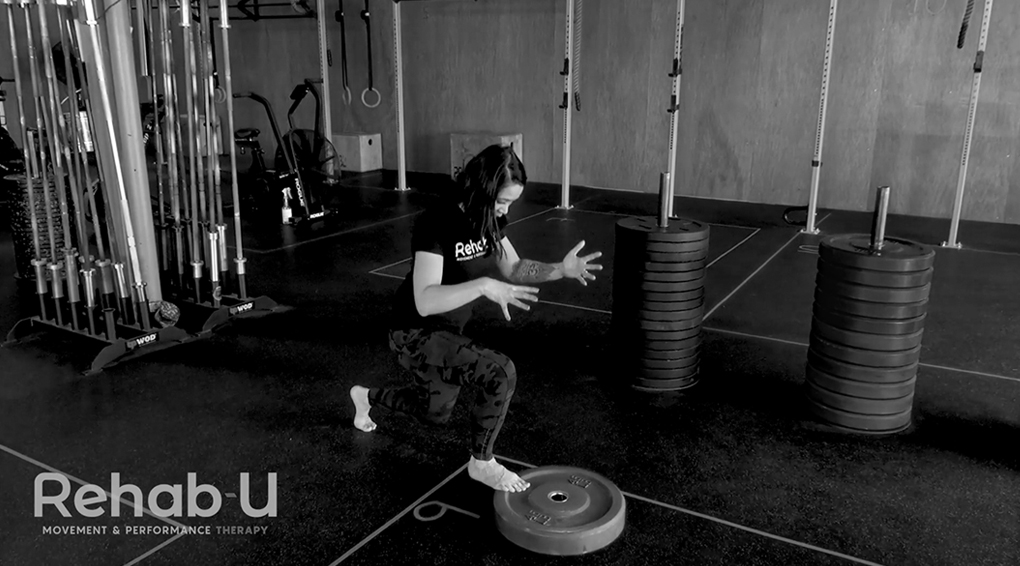 Achilles tendinopathy is a common overuse injury for both the elite and recreational athletes.  It is common in activities that involve running and jumping, and if you’re into burpees, box jumps, and all of the likes, it’s a big pain in the @ss.

Recovering from Achilles tendinopathy can be a long and painful process, and it can often require a year or longer to fully recover.  And that’s with optimal rehab.  I’ve been struggling with insertional Achilles tendinopathy myself for a little over a year, so trust me when I say patience and diligence is key.

Speaking of rehab, there is no gold standard as far as rehab programs for Achilles tendinopathy are concerned, nor any convincing evidence of a most effective program.

While activity modification is a key part of rehab, complete rest is not indicated, and it is imperative that we find ways to keep loading the tendon

The key goal of Achilles tendinopathy rehab is to restore the energy storage capacity of the tendon, but this is a process that requires baby steps.  As well, overuse injuries like Achilles tendinopathy have a multifactorial origin and there are many elements to consider in the rehab program.

Let’s discuss the many elements that went into my Achilles tendinopathy rehab.  And yes, at some point this meant I didn’t let me knees pass my toes, but in no way do I apply this as a general rule!!!

WHAT IS ACHILLES TENDINOPATHY?

Achilles tendinopathy is a non-rupture injury of the tendon that is exacerbated by mechanical loading and is described as a failed healing response.  There has been considerable research around tendinopathy, and it is now largely considered a continuum as described by Cook & Purdam (2008): 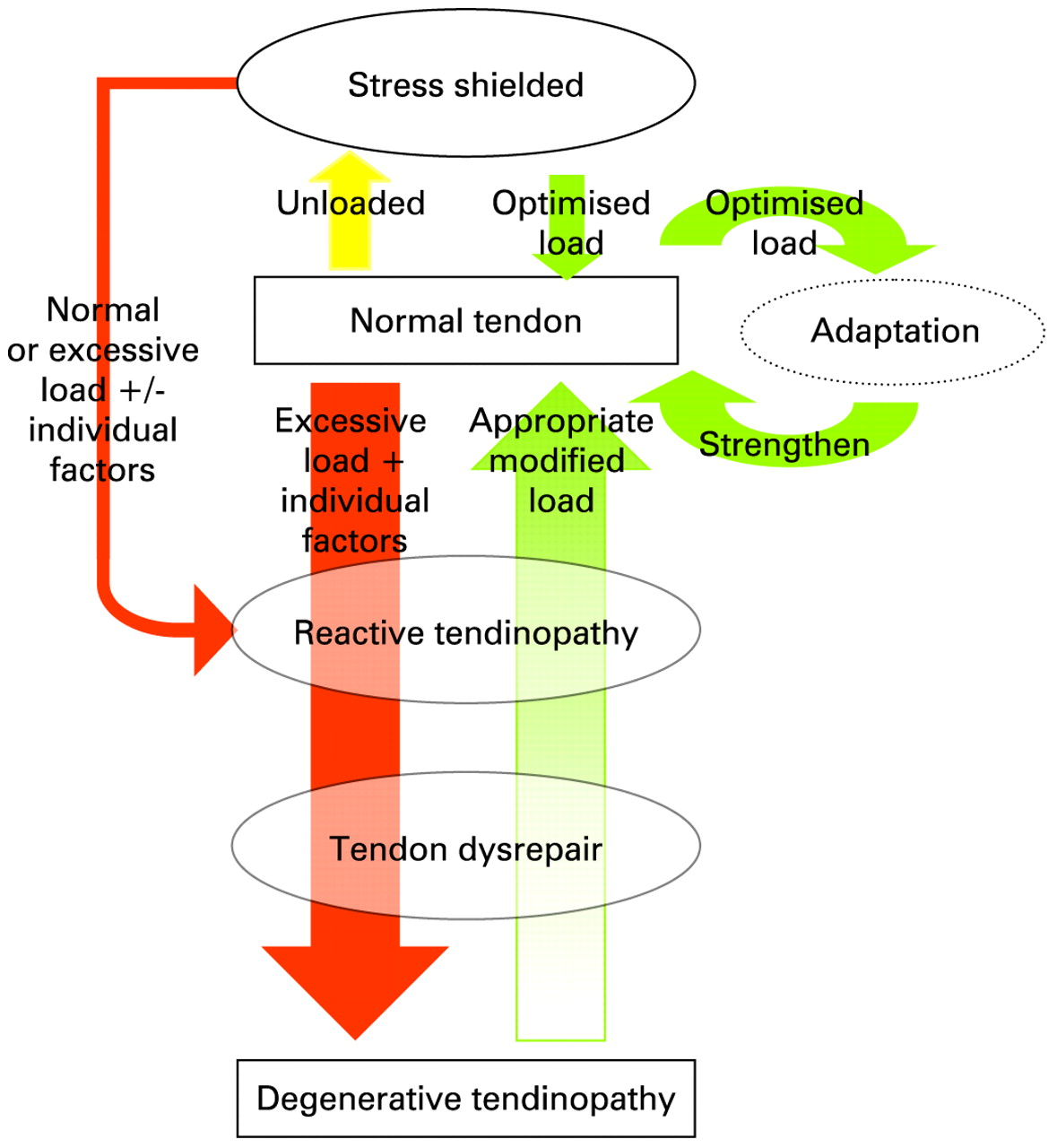 Normally, mechanical loading of a tendon results in both protein synthesis and degradation of collagen.  But factors like consistent overloading, insufficient recovery, and biomechanical predispositions can disrupt this balance resulting in a net loss of collagen.  This starts the cycle of failed healing and leaves the tendon more vulnerable to injury.

Tendinopathic tendons can have thinner, loosely arranged and disorganized collagen making them weaker and less mechanically efficient.  They also can have nerve ingrowth, making them mechanically sensitive, which creates a lot of irritability.

WHY DOES ACHILLES TENDINOPATHY TAKE SO LONG TO HEAL?

When an injury does occur, healing is slow and often incomplete. Why?

While once considered “inactive”, we now know that tendons are metabolically active and respond to both loading and unloading (Kjaer et al., 2005).  However, this metabolism is fairly low when compared to skeletal muscle.

The low metabolic rate and low oxygen consumption come with both advantages and disadvantages.  They allow tendons to carry loads and maintain tension for long periods.

But on the downside, a low metabolic rate results in slow healing after injury.

However, we do know that tendons respond to loading, and that habitual loading results in a higher turnover of collagen while inactivity leads to decreased collagen synthesis and load tolerance.

The key is finding which loads can have a positive effect.

SHOULD THE KNEES PASS THE TOES?

I thought this would be a great opportunity to talk about this myth, that surprisingly still exists in the industry, that letting the knee move past the toes is “bad for the knees”. This and other myths, like overhead pressing is bad for the shoulders or deadlifts are bad for the lower back, are unfortunately still being promoted.

Movements, exercises, postures are seldom inherently “bad”.  They can be “bad” within a certain context and statements like those above do not take context into consideration.

Achilles tendinopathy can occur at the mid-portion of the tendon or at the insertion.  Insertional tendinopathies typically occur at regions of tendons that abut over a bony prominence (Cook & Purdam, 2011).  In the case of the Achilles, the distal portion of the tendon is compressed over the superior calcaneus, and this compression increases with increased ankle dorsiflexion.

Activities that allow the knee to move past the toes tend to be aggravating and provocative in the case of insertional Achilles tendinopathy, and can be viewed as “bad” in that sense.

Within this context, it would be wise to avoid these types of movements, loads and postures in the early stages of rehab to avoid compressive load on the tendon.

But what is imperative is that we progressively load the tendon to restore its capacity to tolerate this kind of load.  We cannot go through life not letting the knees move past the toes. This would make going down stairs pretty tricky…

The key to rehabilitation of Achilles tendinopathy is improve the capacity of the tendon to store and release energy.  While we will want to progressively increase load on the tendon, namely, in progressively more dorsiflexion, we also need to progress speed of movement.

In the early phase of rehab, when a client has morning stiffness, pain with all or most activities and pain with direct tendon work like calf raises, we will want to limit dorsiflexion.  Most knee dominant exercises, like squats and walking lunges will likely be quite provocative.  These will need to be avoided to decrease the burden on the tendon and avoid exceeding its current capacity.

On the other hand, most hip dominant exercises such as deadlifts, RDLs, or hip thrusts will likely be well-tolerated and are the perfect choice of pain-free exercises to continue to load the lower extremity.

I suggest to work on deceleration mechanics here, so using slow and controlled eccentrics is usually a good way to go.

Bulgarian split squats, where the knee is maintained over the ankle, are a great choice:

Low step-ups are also often well-tolerated.  Try a box that is about mid-shin height: 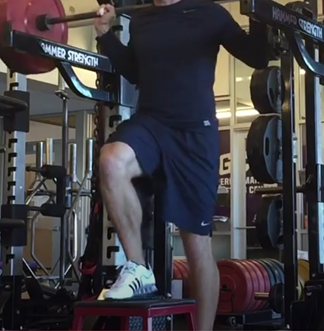 In Phase II, the objective is to progressively increase both loading in dorsiflexion and speed of loading.  To increase speed, you can manipulate the tempo for faster eccentrics and/or a quicker transition from eccentric to concentric.

For example, here is a Bulgarian split squat with a pre-activation stretch reflex – slow and controlled eccentric to about ¾ of the range of motion followed by a pause, then a fast eccentric and quick turnover to the concentric:

The main goal of Phase III will be to introduce energy storage and release exercises.  Think jumping and plyometrics.  The progression should include both single jump and land exercises, such as loaded squat jumps, as well as consecutive jumps.

It is often beneficial to work on minimal contact time with the ground.  Using a band resistance can be helpful here:

To manage Achilles tendinopathy, loading the tendon, will be better for the regeneration of tendon tissue than unloading completely.  That being said, we do need to manage pain and avoid aggravating activities decrease burden on the tendon in the early rehab stages.

However, I often say that what we restrict initially is also what we work towards restoring the tolerance for.  I don’t have the gold standard or most effective program for Achilles tendinopathy, but having a structured periodization that focused on restoring load and energy storage capacity of the tendon definitely got me there.  That, and patience, got me from injured to strong!