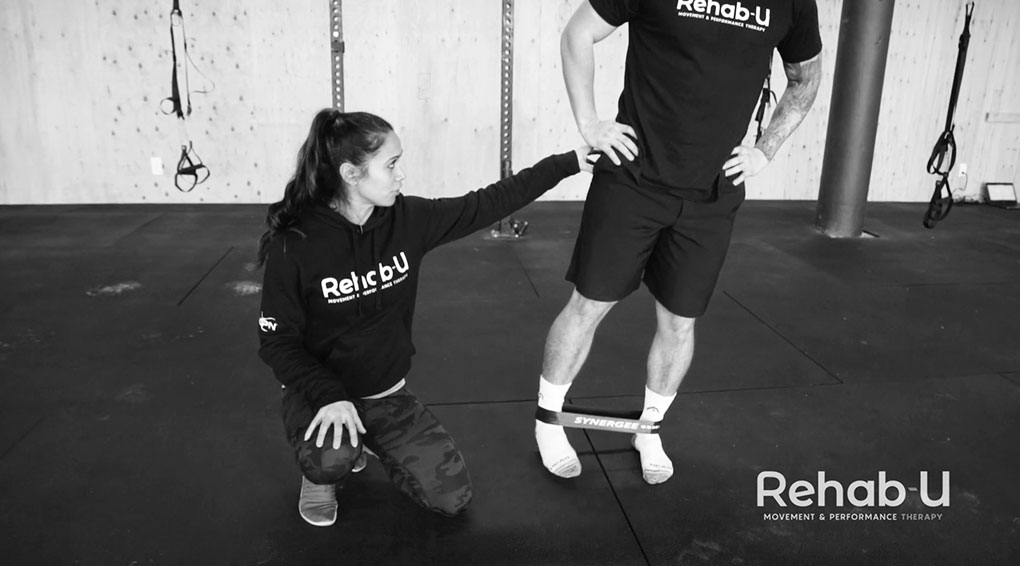 Are Monster walks going to fix your weak glutes?  Monster walks, band walks, band shuffles…these plague Instagram and Facebook as a quick fix to activate or even strengthen the glute med.  Stop putting bands between the knees for everything!  Knees cave in on squats?  Bands.  Activate the glute med?  Bands.

For many years now there has been a lot of talk about gluteal “inhibition” and its contribution to bad hip mechanics in squats, lunges, jumping and a myriad of other lower extremity movements.

“Squat Therapy” for the glute med typically involves throwing a band around the knees.  Working the booty for Instagram locker room pics also typically involves monster walks, band walks, band shuffles and the likes, which confuses me.  While I’ll admit you get a nice burn in the glutes, a well-developed glute med is typically not what you’re aiming for in a booty selfie.  Anyway, that’s a whole other can of worms.

We will agree that monster walks, band walks, band shuffles and the likes are typically utilized with the intention of strengthening the glutes to stabilize and strengthen the hip, yes?  The common thinking is that we’re trying to create better abduction and external rotation strength.  We want this to transfer to dynamic movement, like for example, squats.  Fair enough…

“Awareness is the greatest agent for change.” -Eckhart Tolle

From a rehab perspective, there can be many reasons for wanting to activate a muscle:

Isometric actions have long been recognized to be effective for improving mind-muscle connection because of their simplicity of execution.  Without movement, one can really focus on maximally contracting the muscle.  We also know that isometric contractions yield higher activation levels when compared to eccentric and concentric muscle actions.

Monster walks, band walks and band shuffles generate an isometric glute med contraction.  So, for many people, these are efficient to help them “feel” the muscle contracting.  The thing is, I see a couple of things wrong with abusing of their use or thinking they will “fix” the glutes for squats, lunges or other more complex or dynamic actions.

For one, most people lack the intention, or I would argue, the capacity to actually maximally contract the glute med.  Resisting the band tension is only part of the process.  It’s creating a constraint or an environment that forces you into a position.  That’s one part of the process but it doesn’t necessarily bring the awareness: the capacity to identify and contract a muscle.

Further, strength gains from isometrics occur primarily at the joint angles being worked so you would be best served by simply performing isometric squats at various angles – or at the very least including this after activating the glute med (ie. connecting with it) via your band exercise.  Use an activation exercise to bring awareness and then choose and exercise that can help transfer that awareness to a more complex, intense or dynamic movement.  There’s a strategy that will make your band use more effective.

And just to muddy the waters a little, there are actually other exercises than monster walks, band walks and band shuffles that have been shown to result in greater glute med activation.  In a systematic review, Macadam et al. (An Examination of the Gluteal Muscle Activity Associated with Dynamic Hip Abduction and Hip External Rotation Exercise: A Systematic Review) compared the amount of muscle activity generated by basic strengthening and rehabilitation exercises that target the glute max and glute med muscles via hip abduction and hip external rotation.  They then classified the exercises into low, moderate, high or very high EMG activity.  The exercise that produced the highest amount of glute med activation was, guess what?  The side plank (with the non-support leg abducted).  A simple side plank!  Not squat-specific you will say.  I will argue that, ultimately, the monster walks, band walks, band shuffles aren’t either.

To be fair, even with a side plank, if you don’t bring awareness to actually understanding how to maximally recruit a muscle, you haven’t addressed mind-muscle connection.  In my honest opinion, awareness is the missing link for many people because they are given exercises that are KNOWN to activate a certain muscle, but too little regard is given to getting the individual to actually “connect” to that muscle.  The actual individualization is lacking.  Side planks might work well for some and band walks might work better for others.  There isn’t really a “better” exercise, there is just context. 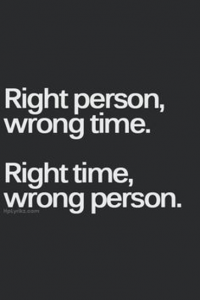 No right or wrong, just context

Remember, the goal of an activation exercise is to create a connection, improve neural drive to the muscle.  When the goal is activation and awareness, the better exercise is the one that allows just that for the client – the ability to feel the muscle contract and the awareness of how to contract it.  This won’t automatically transfer to dynamic movement, but it is an important starting point, as is something else in your strategy that can potentiate this transfer.

That said, I’m not all against bands around the knees if used within an effective strategy, but if you’re going to do them, do them right.  Here are a few things to consider:

Another important factor to consider, is that there is a connection from the foot the hip, and the foot is your foundation.  I have talked about this in previous blog articles (Stop Blaming the Glute Med) and have another article coming up on how the foot should function for optimal hip and glute function.  And of course, bringing awareness to that.

Piggy-backing on that point, in a study of male participants, Cambridge et al. compared differences in muscle activity using elastic bands in 3 locations: at the knees, ankles, and feet.  The researchers found that peak gluteus med activity was approximately 25% higher with the band placed around the ankles or feet than around the knees.  This makes total sense just from a resistance lever point-of -view.

Stop using quick fixes!  My problem with cues and quick fixes like throwing a band around the knees is that we miss that awareness piece.  It’s almost lazy coaching.  Remember that a cue is a reminder, it doesn’t explain.  And remember that compensatory resistance, that is, using a resistance to exaggerate the faulty movement and force correction, is all the more effective if we bring awareness into the equation.

We have a job to educate each client we have the privilege to work with.  It’s the most important and most rewarding one, so use it wisely and do not waste it!

Enjoyed this article?  Click the link on the top right-hand corner of the video to share it, we sure do appreciate it!