Hit enter to search or ESC to close
Dec 14 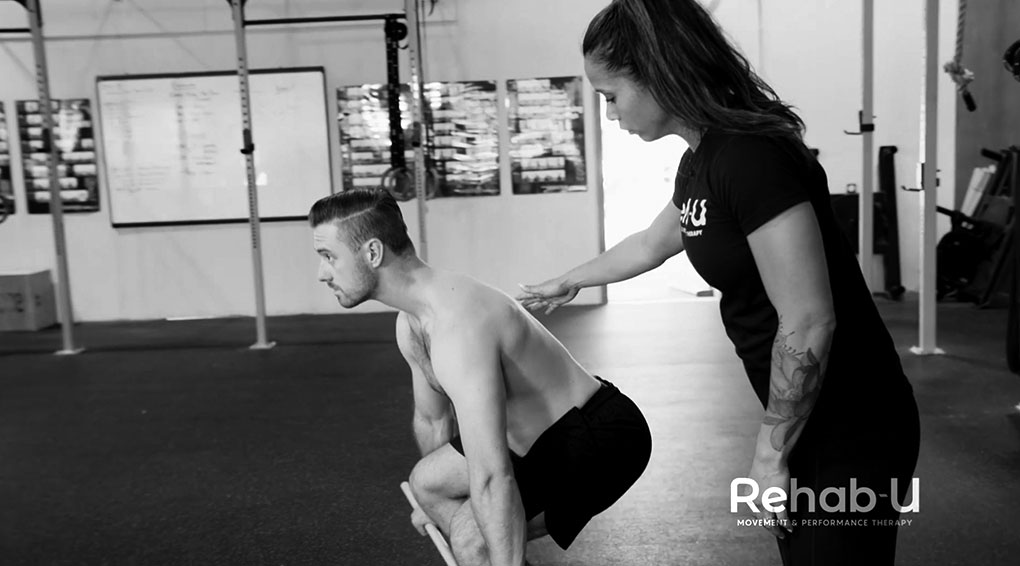 I know this sounds cliché, but if I had a penny for every time a client told me their therapist or doctor told them they shouldn’t deadlift because they have back pain, I would indeed be rich.  Especially when that client has a toddler at home.  “So… I can’t hope to ever pick up my kid again?”

The hip hinge is a fundamental movement.  There is a world of difference between pushing the poundage on the deadlift exercise and owning the hip hinge pattern.  There are also numerous variations of the deadlift so that you can find the right variation for the client that can make their back stronger.  As strong as they need it to be, whether that be picking up their toddler or competing at a powerlifting meet.

It always surprises me that, in 2020, this can still be so elusive to many doctors and therapists.  Now I can hear you: what about X, Y, Z diagnosis.  Yes, there may be exceptions.  Yes, some structural pathologies may prevent an individual from ever lifting a large amount of weight using a deadlift or a variation of it.  But it is my belief that they still need to own a hinge pattern.  You can’t go through life unable to handle the weight of your torso moving over the hips, period.  And you can’t stop there, because you can’t go through life with the weight of your torso as your 1RM either.  That’s why even your grandma should deadlift, you just might not be visualizing it the same way.

Which of these is fundamental?

Hopefully, you answered all three.  When I teach to trainers, I always ask them this same question.  Intuitively, most people know that all three are fundamental, but rarely does anyone go as far back as to the picture on the left.  As a matter of fact, I see too many trainers trying to use the deadlift to correct the deadlift, or even to teach it.  When you can’t do a movement, trying to do more of it will not be the answer. If your client doesn’t understand the hinge, I’ll bet you 100$ they’ll squat their deadlift.

I think we run into problems when we think we can improve performance without having optimal baseline function, like the picture on the left.  And this from a training perspective as well as from a rehab perspective when someone comes to me in pain.

The first image represents normal lumbopelvic rhythm, which refers to the way in which the lumbar spine moves in combination with the pelvis.  Have your client stand with the feet in a natural stance and bend forwards in a normal relaxed pattern.  Ideally, there should be relatively even flexion throughout the lumbar and thoracic regions, and the hips should flex meaning that you should see the hips shift posteriorly and the pelvis tilts anteriorly.  The spinal flexion and hip flexion should occur simultaneously, and the knees should remain extended. When the client returns to an upright position, the lumbopelvic rhythm is reversed. The hip extensors should initiate the posterior rotation of the pelvis, bringing it into a better position for the spinal extensors to concentrically contract.

If the pelvis doesn’t tilt anteriorly, you probably won’t see the hips shift back, there will be less hip flexion.  Someone with a posterior pelvic tilt might display this type of movement – more of a pelvic restricted stooping than a forward flexion.  Individuals with a posterior pelvic tilt also tend to have a flatter lumbar spine, with less extension range of motion.  This may make it harder for them to resist flexion under load, something that would be important to know as you work your way towards the deadlift.

If you needed to work on pelvic movement with a client, you could break it down even further using the exercises in my article Dissociation for Optimal Deadlift Form.

The hip hinge pattern requires the ability to move the torso over the hips while maintaining the lumbar spine and pelvis neutral, thus preventing lumbar flexion.  Remember, neutral is a range.  It is not a flat lower back but a natural curve, which will be different for each person.  If you’re naturally more lordotic, your neutral will look more arched than if you’re a flatter back posture.  In fact, we actually ARE looking for lumbar extension or a slight arch.  Or even just the intent to create an arch.  Why?  Because if you can’t voluntarily arch your lower back, you can’t expect to control the erectors enough to keep the spine from flexing.  This is why people who have a flatter lower back may have more difficulty resisting loaded flexion – they literally have nowhere to go.

Timing is another factor we want to observe in the hinge pattern.  On thing I see a lot is inefficient timing of the hips and torso.  The shoulders should come forward as a function of the hips hinging back., that’s the timing we are looking for.  If the torso continues to move forward after the hips are no longer hinging back, this decreases the range in which the hips can initiate the return to standing.  As you will notice in the picture, the knees should flex slightly to allow the hips to keep hinging back, however, the tibia should remain perpendicular to the floor.

Watch the main video of the article to see how you can use the kneeling hip hinge and the band pullthrough to work on hinge mechanics.

The deadlift is the culmination of the previous two patterns we have discussed.  Can the client maintain that dissociation, awareness and control and how well do they do it under load?  That’s performance.

The deadlift is one of the “BIG” lifts when it comes to training, and it builds low back strength better than any other exercise.  The hip hinge pattern is fundamental for long term low back health, and low back strength is an important component of back health and performance.  As such, mastering the hinge provides you with the potential to load the deadlift and this is important for both prevention and performance.  If you want to go deep into performance on the deadlift, Mark Rippletoe’s book Starting Strength is a very good read.

The picture I presented to you is a classic barbell deadlift, however, unless your client is a powerlifter or CrossFit athlete, no one is tied to that specific lift.  On the same note, no one is obligated to lift the barbell from the floor either.  The idea behind the exercise is to increase capacity based on individual needs.  That makes them more robust.  That is why it is important that they get to the performance end of the spectrum, their relative performance end, that is.

There aren’t only deadlifts either. Romanian deadlifts and the likes are pure hinge movements. For many people, the kettlebell deadlift is probably more representative of how they would pick an object up off the floor.  The object will more likely be somewhere between their feet rather than in front of their shins. However, you might have a sales representative who complains of having difficulty loading and unloading boxes from the trunk of the car.  He needs strength in a hinge movement with an object held away from the body.  Something like a Waiter’s bow is probably a better progression for him:

You have surely heard the expression “Even your grandma should deadlift”.  I know I use it when I teach my course.  I don’t mean that your grandma should be deadlifting 300 no straps.  What I mean is that increasing capacity in the gym using an exercise results in her not working close to her maximal capacity in her activities of daily living.  Back in my personal trainer days, every single one of my clients learned the hip hinge and lifted using some form of a deadlift, whether that be a 30-some year old mom, 50-some year old office worker, or a 60+ year old retiree.

Any exercise done wrong is potentially bad.  The deadlift is no different.  The fix is easy: make sure it is done right.  Owning the hip hinge pattern and increasing that capacity using an exercise like the deadlift or a variation of it will make your clients stronger, and stronger means more robust. 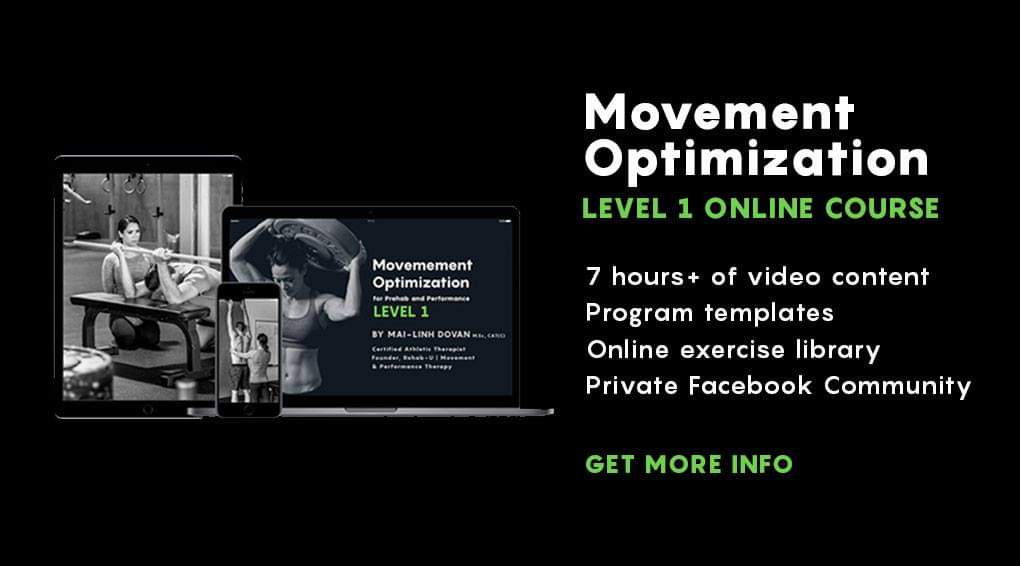 Does the hypermobile shoulder need mobility?