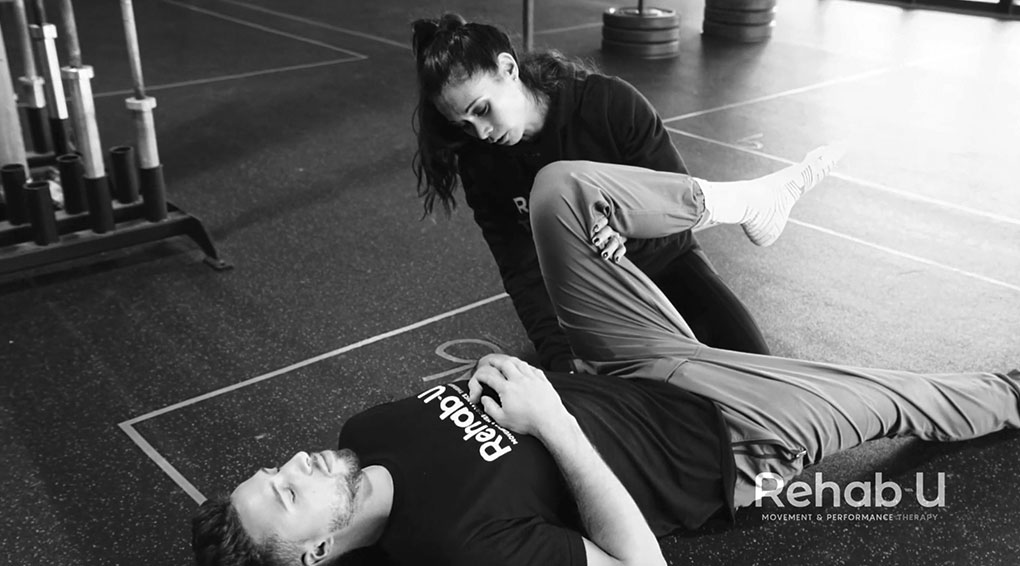 Squat depth seems to have become a popular topic, along with the popularization of mobility work.  Everyone is looking to increase their squat depth and trainers are concerned when their clients don’t have “enough” squat depth or can’t “break parallel”.

The problem with many squat mobility fixes is not so much in the exercises utilized but in the fact that people are jumping to conclusions about what is limiting squat depth.  Also, squat mobility drills always seem to involve moving in and out of various squat positions.  Thing is, if you actually do have a restriction that is limiting your squat depth, squatting more is not likely to fix that.  That is,

if you can’t do something, trying to do more of it is generally not a great idea

Rather than prescribing random hip mobility drills, is it not wiser to actually assess what it is that is limiting an individual’s squat depth?  Won’t that make the intervention to improve squat depth more individualized and efficient?

It’s important to understand that there are both functional and structural considerations for the squat that will affect an individual’s squat depth.  This means that if you are only looking at depth, and not at the individual, you are going to miss something.

Some very important things that you should taking into consideration when assessing and addressing squat depth are proportions and structural considerations like hip flexion range of motion, hip structure and dorsiflexion.

Segmental length of the torso, femur and tibia and the proportions between these are factors that will affect the relative depth of an individual’s squat.

For an efficient squat, the barbell must travel in a straight line.  That keeps the barbell vertical and maintains it over the midfoot, which is necessary if you hope to maintain your balance with a loaded barbell across your upper back.

When the knees and hips are unlocked from the top of the squat, angles and moment arms are created along the torso, hips and knees to keep the bar path vertical.  This means that the segmental length of the torso, femur and tibia influence the position required to maintain the vertical bar path.

The best possible way to understand this is to watch  Tom Purvis’ videos on fold-ability and proportions (Make sure you watch Parts 1 and 2 for the squat).  Here is a brief summary of how proportions affect the squat:

If an individual has really long femurs in proportion to a much shorter torso, they literally need to shoot their hips so far back and lean so far forward that it is not possible for them to squat “deep”.  This is what I mean when I say that if you are only looking at “depth”, you will likely miss something.

In reality, depth is dictated in part by the vertical bar path that maintains the barbell over the midfoot, by an individual’s proportions, as well as by the type of squat we are looking at.  There will come a point where the individual hits his depth, that is, the maximum lowering point of the barbell at which it can be maintained over the midfoot.

Regardless of the type of squat we are looking at, whether it be a low bar back squat, a high bar back squat, a front squat, or any other variation of the squat, the squat is a movement that requires somewhere between 110 to 130 degrees of hip flexion.

Anything that limits hip flexion could therefore technically limit squat depth.  This means that looking at the quality of hip flexion is an important part of the squat assessment.

One element that could limit hip flexion is glute max tightness.  Normal passive hip flexion range of motion (performed with the knee flexed) should be 110-120 degrees with a tissue stretch end feel.

Another way to test for glute max length is to take your client to end range in a passive straight leg raise.  If you then flex the knee, you should get more range into hip flexion.  If you do not, there is a restriction in the glute max.

MAKE SURE YOU WATCH THE MAIN VIDEO OF THIS ARTICLE TO UNDERSTAND THE DIFFERENCE BETWEEN THE TWO.

If there is a joint restriction, there are many useful self-mobilizations that you can provide for your clients as part of a Mobilization sequence to help address these:

I also discuss and demo these in my article Is Butt Wink Bad?

Another thing that can affect squat depth is an individual’s hip structure and how that matches up with their squat stance.  As the hip flexes, eventually the femur runs into the pelvis, and unless the pelvis tilts posteriorly, this limits hip flexion.

Some individuals have a hip structure that allows for quite a bit of hip flexion in the sagittal plane (with the knee in line with the shoulder), while others need a little more abduction to get more flexion without the pelvis tilting posteriorly.

The Hip Scour is a great screen to give you an idea of an individual’s structure and see whether it is a good fit with the type of stance they are using.  Head to this article to learn about it: Hip Pain with Squats: Stop Blaming the Hip Flexors.

Ankle dorsiflexion is a major determinant of squat depth.  Limited dorsiflexion automatically makes the squat more hip dominant and will require the individual to lean forward more regardless of proportions. As discussed earlier, this in turn decreases squat depth.

Again, there could be soft tissue or joint restrictions that limit dorsiflexion.  A feeling of stretch or tension in the calf during dorsiflexion could reflect tightness of the soleus (if the knee is bent).

Where the ankle joint is concerned, under normal conditions, during dorsiflexion, the talus glides posteriorly.  If there is a limitation in this accessory movement, dorsiflexion will likely be limited and accompanied by a feeling of restriction or pinching in the front of the ankle.  You can use a posterior glide mobilization with movement in the Mobilization sequence to address this:

THE BIGGER PICTURE IS MORE COMPLEX

Although it is a fundamental movement, the squat is actually a very complex biomechanical movement, especially when adding the additional external load of a barbell.  Depth alone provides only a limited point of view of everything that is going on and as mentioned previously, if you are only looking at depth, without considering the individual, you will miss the bigger, more complex picture.

Of course, motor control and technical requirements are also important determinants of squat depth.  I have only discussed structure and limitations here, as these are the foundation for establishing the fundamentals for squatting.  In order to draw conclusions on appropriate squat depth and develop an individual’s ability to squat to an appropriate depth, we need to take all of these into consideration.

Then, instead of using random mobility drills, you are certain to be building an effective intervention for better squats and better squat depth.

How to Manage Achilles Tendinopathy – The Loading Strategy is Key